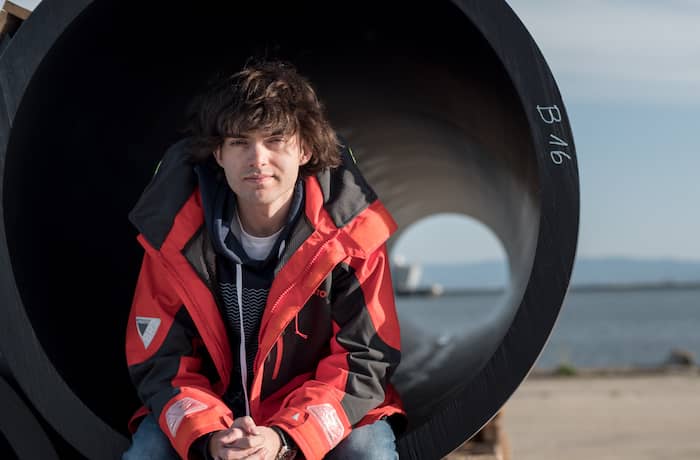 CEO, The Ocean Cleanup: At the age of 18, Boyan devised a concept which... 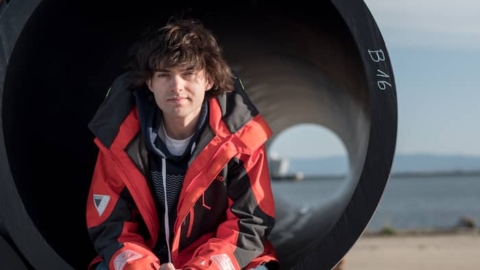 CEO, The Ocean Cleanup: At the age of 18, Boyan devised a concept which utilizes the natural oceanic forces to passively catch and concentrate ocean plastic, through which the theoretical cleanup time could be reduced from millennia to mere decades. In February 2013, Boyan decided to pursue the idea further and founded The Ocean Cleanup.

After four years of reconnaissance expeditions, testing, and design iterations, on September 8, 2018, The Ocean Cleanup deployed its first full-scale, experimental cleanup system, System 001, in the Great Pacific Garbage Patch (GPGP). Although some challenges were faced with System 001, several aspects of the technology were confirmed. Following a design update, the modified System 001/B was deployed in the GPGP in June 2019. It was with this system that the passive cleanup design, proposed in 2012, was confirmed.

Meanwhile, the team had been covertly working on a solution to prevent river plastic from entering the oceans. It was in 2015, that the team determined, to truly rid the oceans of plastic, we must both cleanup the legacy plastic and close the tap. On October 26, 2019, The Ocean Cleanup unveiled their invention to halt the flow of plastic pollution into the world’s oceans: the Interceptor. Upon unveiling, Interceptors were already in operation in Jakarta, Indonesia and Klang, Malaysia; with two more preparing for deployment in Vietnam and the United States.

As CEO of The Ocean Cleanup, Boyan oversees the operations, research, and engineering of the organization; by doing so, he has co-authored several scientific papers and holds multiple patents. His work has been recognized through many awards and accolades; such as being the youngest-ever recipient of the UN’s highest environmental accolade: Champions of the Earth. 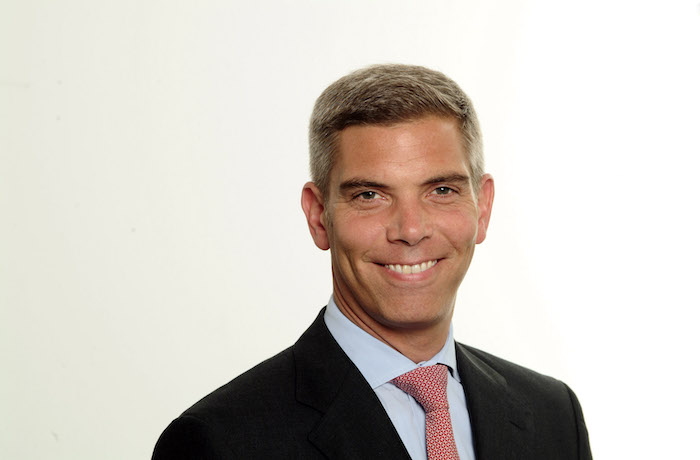 Chairman of the Shell Companies in Germany: “The world needs more energy to prosper... 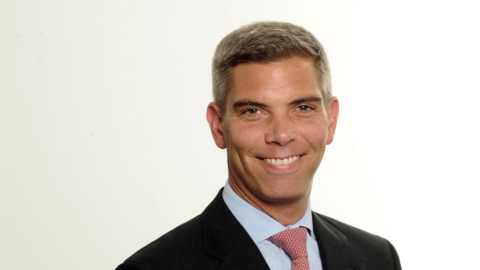 Chairman of the Shell Companies in Germany:
“The world needs more energy to prosper and cleaner energy to tackle climate change. The task is tremendous – it needs all hands on deck to develop, mature and introduce green technologies to power progress. While start-ups can bring fresh thinking and creativity to the table, large energy corporations can help getting smart solutions to scale so they make their way to the market affordably and thus reach impact that truly matters. GREENTECH FESTIVAL is a fantastic platform to create such coalitions of the willing.” 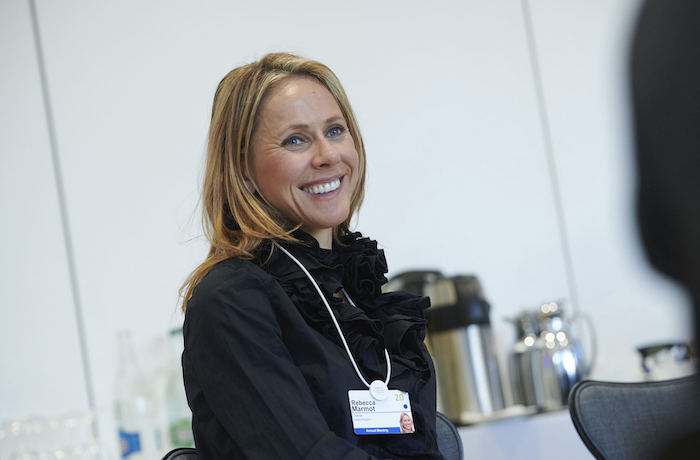 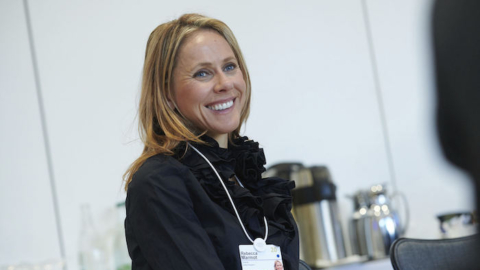 Chief Sustainability Officer, Unilever: Rebecca is the Chief Sustainability Officer of Unilever. She is responsible for driving through advocacy and partnerships, transformational change on priority areas of Unilever’s Sustainable Living Plan: climate change and eliminating deforestation; sustainable agriculture & smallholder farmers; water, sanitation and hygiene; and opportunities for women.
Rebecca is a Non-Executive Director at WSUP – Water and Sanitation for the Urban Poor. 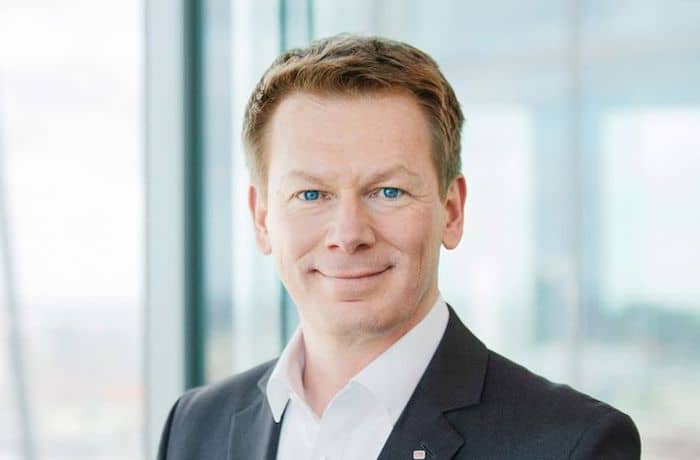 CEO, Deutsche Bahn: “Ensuring a good life for future generations – that is the... 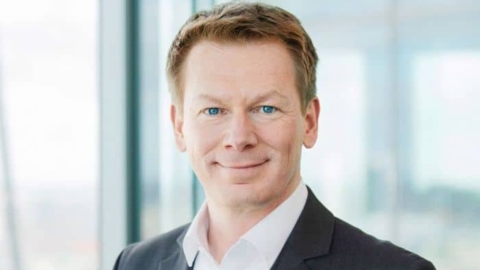 CEO, Deutsche Bahn: “Ensuring a good life for future generations – that is the responsibility of us all, here and now. We are already providing our customers with green mobility. Rail is the most environmentally friendly mode of transport; travelling by rail actively protects the climate. And we want to go further: With our “Strong Rail” strategy, we are working hard to ensure that the railway becomes the backbone of tomorrow’s clean and integrated mobility. In so doing, we will help to move the country forward and ensure a better future.“

SVP Audi Brand: “The clear commitment of our brand towards sustainability is also reflected... 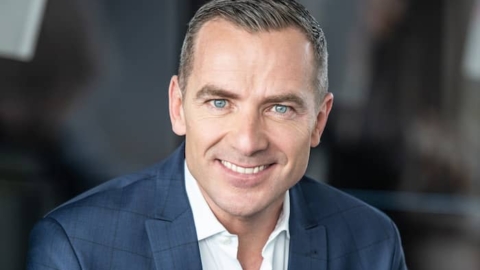 SVP Audi Brand: “The clear commitment of our brand towards sustainability is also reflected in our partnership with the GREENTECH FESTIVAL. We are delighted to be a founding partner, to promote and support sustainable ideas at the Green Awards, which contribute to a better future worth living in. Thereby we would like to encourage innovators to push their ideas even further.“ 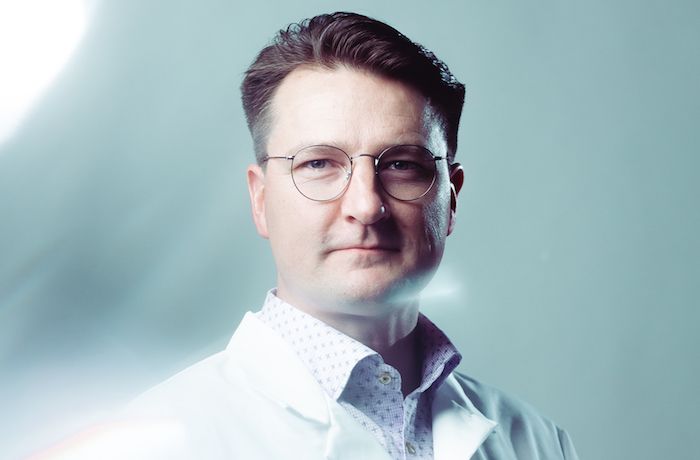 Founder & CEO, Solar Foods: The technology and bioprocess developed by Solar Foods allow for a whole new kind of nutrient-rich protein to be produced using air and electricity. The Solein protein, which is now in the pilot production phase, is 10-100 times more climate-friendly than any animal or plant-based alternative. 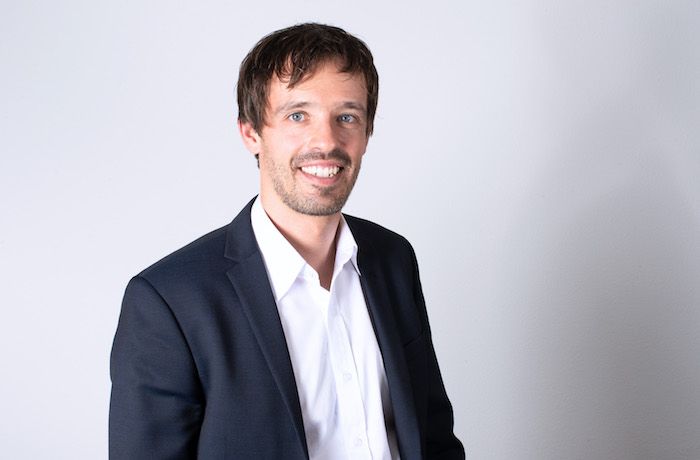 Founder & Co-CEO, Climeworks: Mechanical Engineer by training, MSc with distinction and PhD from... 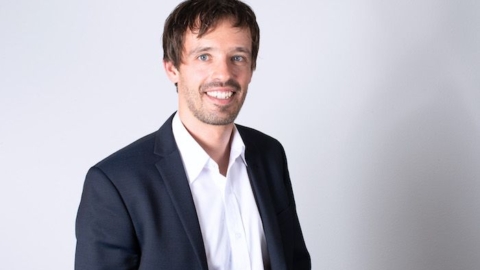 Founder & Co-CEO, Climeworks: Mechanical Engineer by training, MSc with distinction and PhD from ETH Zurich, winner of the ETH Medal, scholarships funded by the German National Academic Foundation, The Boston Consulting Group and the Hamburg Foundation for International Studies. Jan has more than 10 years of experience in the field of direct air capture of carbon dioxide. 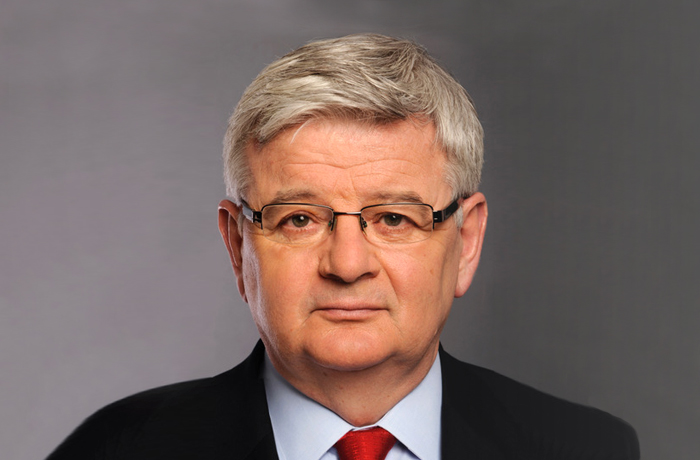 “Companies and their CEOs need courage and perseverance in order to successfully lead the... 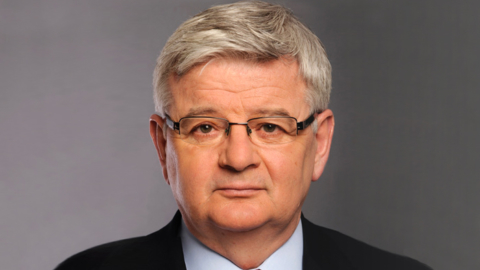 “Companies and their CEOs need courage and perseverance in order to successfully lead the ecological transformation. They must be open to a radical change in mindset as well as a firm willingness to work together. Digital business models that want to have a future must not turn a blind eye to ecological questions. The ecological transformation is a generational question and a feat of strength, which politics and business can only tackle hand in hand.” 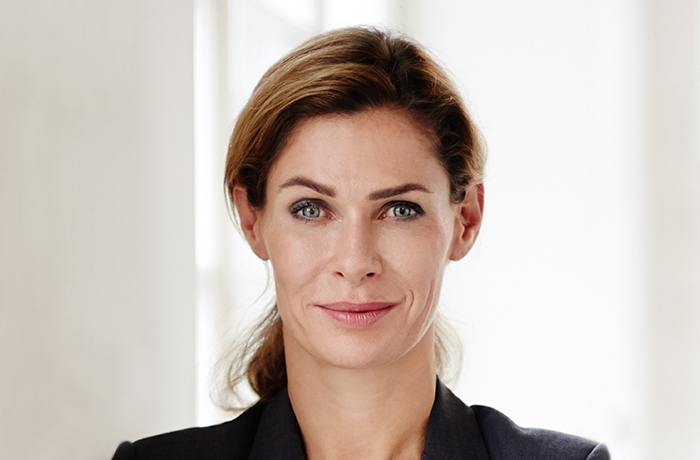 CEO, BlackRock Switzerland: “Over the past 10 years, businesses have sprung up to solve... 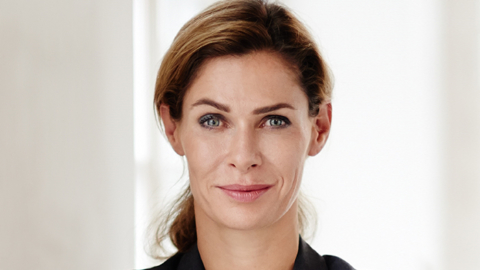 CEO, BlackRock Switzerland: “Over the past 10 years, businesses have sprung up to solve problems that didn’t exist a decade ago, and consumer needs and demands have evolved accordingly. This has created a range of opportunities for investors looking for new fuel for their portfolios by investing in a growing pool of thriving, forward-thinking firms and tech-savvy start-ups.” 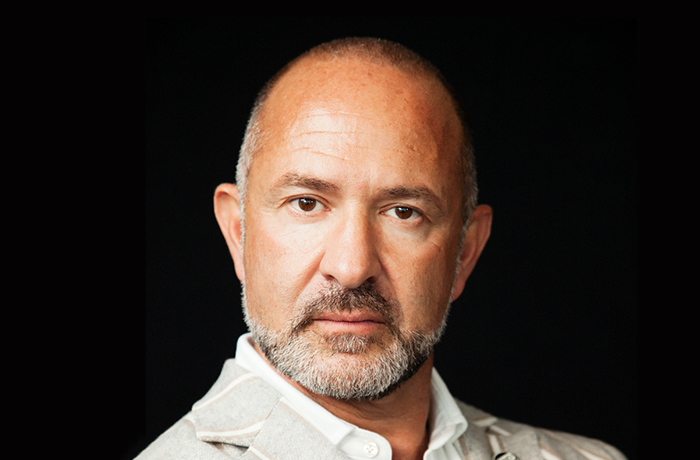 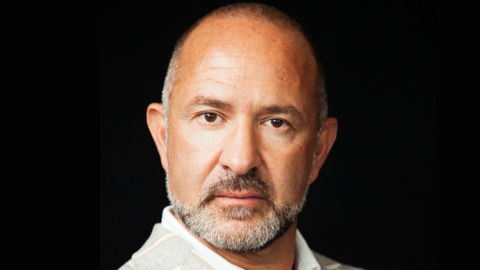 “Plastic Bank is a social enterprise committed to stopping ocean plastic and fighting poverty while providing meaningful opportunities for brands to demonstrate environmental and social impact.” 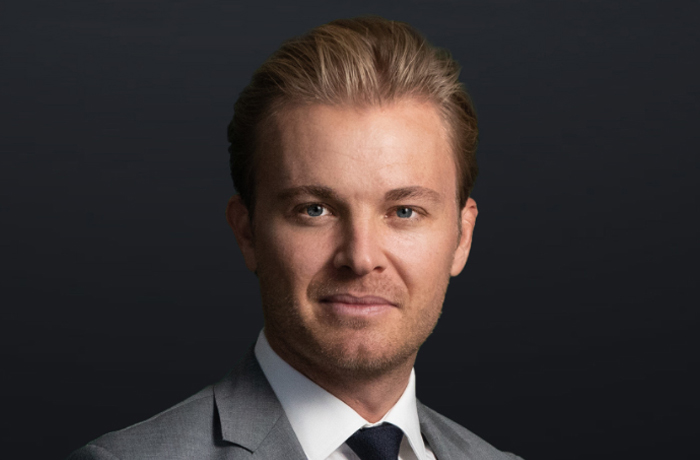 Co-founder, GREENTECH FESTIVAL: Since winning the Formula One World Championship in 2016, Nico Rosberg... 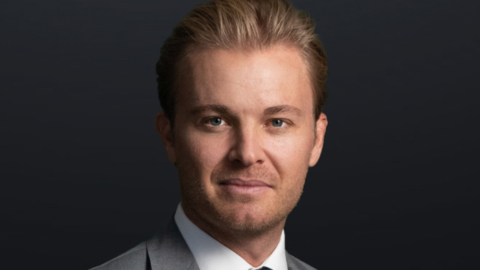 Co-founder, GREENTECH FESTIVAL: Since winning the Formula One World Championship in 2016, Nico Rosberg has embarked on a career as an entrepreneur and investor in green technologies and sustainable mobility start-ups. Nico Rosberg’s drive as an entrepreneur is fuelled by the will to drive positive change for society and mankind. He pursues this approach not only in his business activities, but also as an ambassador for sustainable change in mobility through technological innovation. With his entrepreneurial commitment, Rosberg supports numerous initiatives that address the most pressing challenges of our time and is invested in several companies offering disruptive solutions in the transition to a sustainable economy in line with the UN Sustainable Development goals. In 2019, he co-founded the GREENTECH FESTIVAL. “Green technologies are our future. With the GREENTECH FESTIVAL, we are now making this future tangible and aim to further inspire people around the world to keep developing sustainable innovations.” 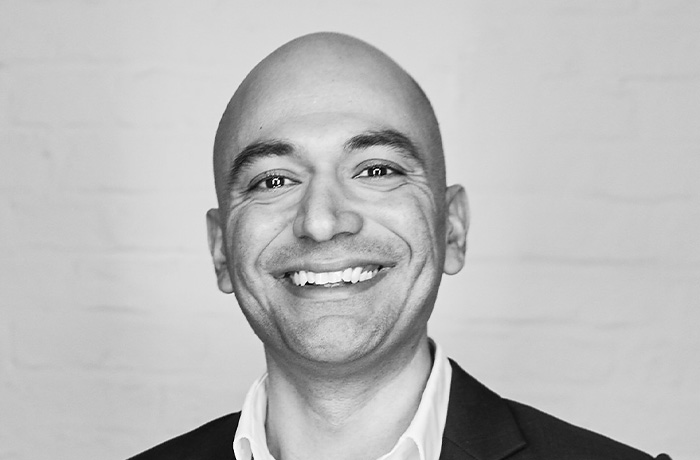 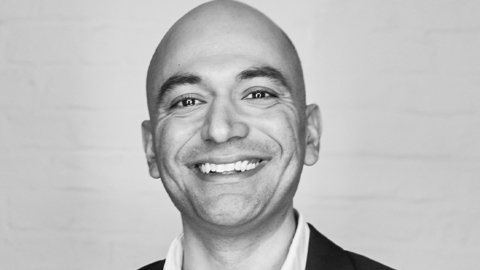 “I’m looking forward to hosting the world’s premier environmental event once again with genuine excitement! This is THE cutting edge event where the sharpest minds and corporates gather to discuss and intend to solve issues in climate and environment, – don’t miss it!”